runs after each kind of deceiver…"

Finish this limerick about Richard or write your own.  Post your submissions in the comments below and  'Like' your favorites!  Hurry, contest ends Tuesday, November 26th!

The winner gets a copy of Richard Dawkins latest book, An Appetite for Wonder: The Making of a Scientist.​ 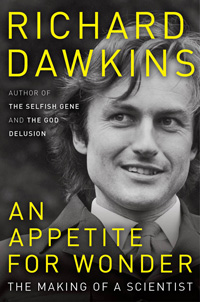 Written By: RDFRScontinue to source article at

420 comments on “Question of the Week: Limericks for Science”

NASA’s first attempt to sample an asteroid in space made a mess. It’s the best mess ever, scientists say.